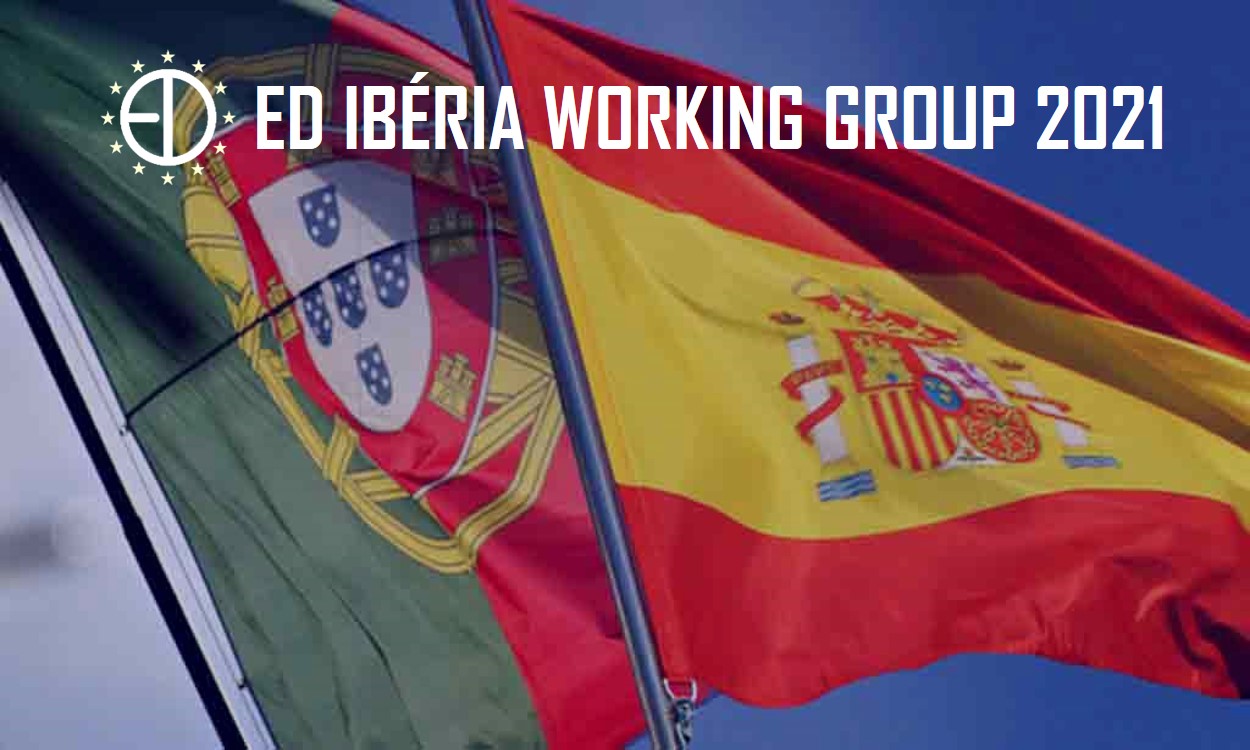 We are an open and collaborative work group, made up of members of the two associations, Eurodefense Jovem Portugal and Eurodefense Joven España, who decided to start meeting with the aim of looking for common links in Iberian Security and Defense, in line with the interests of the European Union.

At this moment, the group is composed of young students and professionals, both civilians and military staff, interested in different fields of Security and Defense, national, European and international, with multidisciplinary experience but with the same common purpose: work together and link bridges between both associations. Although our conversations began during the time of confinement in 2020, just a few months ago we decided to put some of the issues that generate the most concern for us in terms of bilateral cooperation on the table.

This group is open to the participation of all members of both associations who are willing to join. In turn, the purpose of this group is to achieve a document in the form of an academic paper that brings together both perspectives and all the ties in common between both countries in the field of the fight against drug trafficking. Likewise, international experts will be invited to debate on this topic.

The ultimate goal for all participants is to learn and work together, in the paradox of “learning about cooperation, cooperating” and knowing more about the operational management of both systems. The members of this working group do not necessarily have to be experts in the specific matter referred, but they will be in terms of the common Security and Defense culture, aware of the need to cooperate to achieve common benefit.

Spain and Portugal, taking into account both its insular and peninsular part, represent an important point of entry for narcotics into the European Continent, as the Iberian Peninsula connects the Atlantic Ocean,  the Mediterranean Sea and the African continent.

This geographical position makes it dangerously suitable to smuggle cocaine from South America and hashish from north of Africa, among others. In fact, the Peninsula is part of two of the three main routes that transport cocaine from South America to its final consumers. Europe is the second biggest cocaine consumer in the world, falling behind only North America, so it is only natural that there is so much focus on this region[1].

As mentioned before, Portugal and Spain are important points of entry and there are several difficulties to stopping drug trafficking. For once, the coast is extensive and the means to patrol it are scarce in relation to its needs; and secondly the freedom of movement within the EU[2] – one of its core principles – hinders any investigation and attempt to control the movement of the narcotics, once they are inside the country.

Moreover, drug traffic is often disguised, for example under a facade of a legitimate business (such as cargo containers) or recreational vessels, but also, with the increased border and coastal patrolling, it is predictable that high speed vessels will be replaced by pleasure crafts.

Nevertheless, the surveillance and fight against drug trafficking is done by land, sea and air, and in this way, this is and would be the collaboration between both countries to combat this phenomenon.

In Spain, The National Strategy on Addictions 2017-2024 is currently being implemented, by which international cooperation acquires great relevance both at the multilateral level – United Nations, European Union – and regional – Latin America and the Caribbean and North Africa and the East Next -, as well as on a bilateral level. The main objective is to coordinate the technical and political sides in the international arena, developing policies to combat addictions within the framework of European strategies and following up on existing plans for cooperation in this regard.

The operational bodies in the supply control of drug trafficking englobes the Directorate General of National Police, the Directorate of the Civil Guard, the Customs Surveillance Service and Autonomous and Local Police.

At the continental level, the European Union has developed a comprehensive response to the current drugs situation in the EU. Regarding that this topic involves more factors as health, security and social policy it is mandatory to implement solutions that take into account scientific to socio-political dimensions.

For the development of this work, we will take into consideration the security variable, a cross-cutting subject to all the other areas mentioned, to study what are the actions of both countries, as well as their cooperation in this matter for the fight against drug trafficking. For this reason, we will take as a starting point the EU Drug Strategy 2021-2025, as part of the Union Security Strategy and approved by the Council of the European Union.

This strategy has three target areas, based on three points in the drug trafficking chain:

In order to pursue these three dimensions, three strategic priority matters are identified in the field of action:

International cooperation represents the strategic priority number 9 in this EU Drugs Strategy 2021-2025, defining as follows:”Strengthening international cooperation with third countries, regions, international and regional organisations, and at multilateral level to pursue the approach and objectives of the Strategy, including in the field of development. Enhancing the role of the EU as a global broker for a people-centred and human rights-oriented drug policy”

In line with what the European text indicates, this combat only makes sense in an international cooperation setting, as it is by nature a transnational problem. There are two substantial documents regarding Iberian cooperation on the subject of  drug trafficking, both predating the Treaty of Lisbon: the Agreement on Cooperation in the Fight against Drugs (1987) and the Treaty for the Suppression of Illicit Drug Traffic at Sea (1998)[3].

Of course these were not the only documents signed on the matter, nor did the collaboration not materialize. In 2007, on a EU level, seven Member States agreed to set up a center for analysis and coordination to fight drug trafficking at sea: the MAOC-N, based in Lisbon and formed with police officers and military elements.

Just a few years ago, in 2017, during the 29th Portuguese-Spanish Summit, both States signed an agreement to strengthen cross border cooperation and improve exchange of information[4].

In this sense, border cooperation and the exchange of intelligence and information are key aspects to stopping drug trafficking, on a bilateral, regional and international level. Without an open and coordinated network of information, cooperation will be left on a superficial basis. This is also present in another mechanism created for this purpose: the Customs and Police Cooperation Centers (CCPA), located in strategic spots around the globe and of which five of those are specifically Portuguese-Spanish collaborations, located in these countries[5].

In this first document, the following conclusions are established, taking into account the degree of maturity of the recently started research and directing the possible lines of research. After having carried out a state of the art, reviewing political, legislative and judicial areas on the subject and first, unilaterally and then doing it in the field of bilateral cooperation, several statements have been identified:

Taking into account that drug trafficking is an identified global and multisectoral threat, in terms used by the European Strategy, it is necessary to carry out in-depth research work to be able to assess which are the initiatives in terms of bilateral or international cooperation in this matter. In this sense, this working group considers that it is essential to publicize the actions that, both from Spain and from Portugal, are carried out in the fight against this menace.

The process involved in drug trafficking, from its production to its distribution is complex and encompasses different actors of the public order in both countries. It is on this point that we will focus our work: in the field of security and more specifically, in the cooperation of the security forces in the fight against illicit drug trafficking, within the framework of the European Union.

Secondly, as we understand that it is complex to evaluate a process without contextualization and time dimensioning, we consider the starting point in the Lisbon Treaty, which has been of such relevance in European politics and in the relationship mechanisms between the Member States. In this sense, the working group will focus on the study of bilateral collaboration and cooperation, with special emphasis on cross-border issues, between Spain and Portugal from December 1, 2009 (when the Lisbon Treaty entered into force) until our days.

Thirdly, it is mandatory to define “security” as a comprehensive term. However, all the direct or cross-cutting areas that will be present in the actions carried out around this issue in both countries will be part of the comprehensive study. In the same way that the term “security” englobes a multitude of areas that affect the human being, it will also have to be taken into account when carrying out extensive work on drug trafficking studies.

Problems that, as we will be able to evaluate at the end of the study, involve areas such as health, economy, society, family, violence and other types of crime. Furthermore, this phenomenon entails other associated threats and risks that will also be the object of the study in this paper.

At the present time, the international community is working more intensively on demand reduction, treatment, rehabilitation and social reintegration of drug addicts. In parallel, there have been several international initiatives regarding the fight against drug production, trafficking and consumption.

[1] Nunes, P. (2015, July 02). PORTUGAL NO ATLÂNTICO: A ROTA MARÍTIMA DA COCAÍNA PARA A EUROPA Portugal in the Atlantic: The Maritime Route of Cocaine to Europe. Retrieved July 15, 2021, from https://cedis.fd.unl.pt/wp-content/uploads/2017/10/CEDIS-working-paper_DSD_Portugal-no-Atlântico_a-rota-mar%C3%ADtima-da-coca%C3%ADna-para-a-Europa.pdf 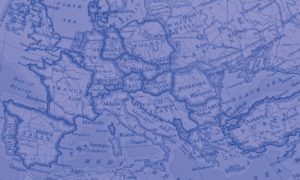