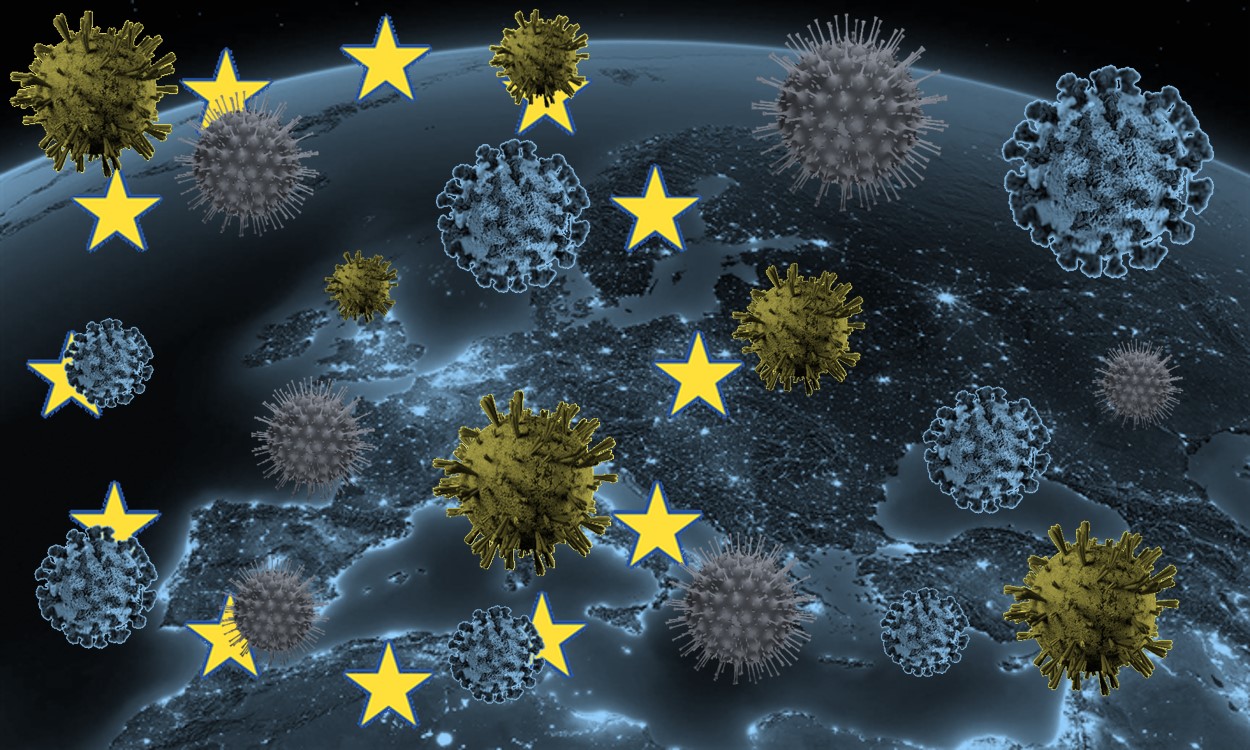 EU Economic Policy Under the Pandemic Crisis: Key Dimensions for a Sustainable and Resilient Recovery

The COVID-19 pandemic constitutes an unprecedented challenge with very severe socio-economic consequences. The magnitude of the response must match the scale of the crisis, prevented a more devastating outcome. Risks remain significant and are rising as a second wave of infections is intensifying. The recovery from this crisis will be uneven and partial. Given the considerable uncertainty, policies must stay resolutely supportive to sustain the recovery.

In the space of just a few months, the COVID-19 pandemic swept across the world restricting the movement of millions of people, impacting lives and jobs, disrupting international supply chains, and bringing global economies to a halt. The economic shock was far more severe than initially anticipated.

Given the unprecedented scale and multi-faceted nature of the COVID-19 crisis, comparisons with previous ones, including the 2008-2009 financial crisis, have significant limitations. The second pandemic has thrust Europe back into economic crisis.

The COVID-19 recession is singular in many respects and is likely to be the deepest one in advanced economies since the Second World War and the first output contraction in emerging and developing economies in at least the past six decades.

The pandemic highlights the urgent need for health and economic policy action, including global cooperation, to cushion its consequences, protect vulnerable populations, and strengthen countries’ capacities to prevent and deal with similar events in the future.

A resilient and balanced recovery of Europe will remain critical for the world to return to the trajectory of sustainable development. Europe plays a pivotal role in fostering global growth and development. Europe accounts for 33 % of global imports and nearly 60 % of bilateral and multilateral development assistance. A severe recession in Europe will reverberate throughout the rest of the world, undermining sustainable development efforts not only in Europe but also in Africa, Latin America and South Asia.

In July 2020 the President of the European Commission, Ursula von der Leyen, delivered a speech in the European Parliament (EP) plenary at the debate on the presentation of the programme of the German Presidency of the Council of the European Union (EU). Emphasizing the unprecedented situation Europe is currently facing, she said: “We have entered the worst recession since the Great Depression. This crisis is deeper and broader than the one ten years ago”. The EU economy will experience a deep and longer recession due to the coronavirus pandemic, despite the preventative response and efforts made at both EU and national levels:

On 27 May 2020, the European Commission presented in the EP a EUR 750 billion economic stimulus plan that, along with a revised proposal for the EU’s 2021-2027 budget, should help mitigate the shock from the coronavirus pandemic.

Under the proposal, the European Commission would borrow the money on the financial markets using its high credit rating, which should secure low borrowing costs.

The Commission’s plan envisaged that EUR 500 billion would be distributed in grants, however EU leaders cut the level of grants to EUR 390 billion (and reduced the proposed budget to EUR 1.074 trillion) at their summit on 17-21 July 2020. The funds will be used to reach the EU’s objectives of climate neutrality and digital transformation, to offer social and employment support as well as to reinforce the EU’s role as a global player.

The EU economy will experience a deep and longer recession due to the coronavirus pandemic, despite the preventative response and efforts made at both EU and national levels.

With the launch of the European Green Deal in December 2019, the EU made a bold statement to become the global leader in green technologies and economic sustainability. The European Green Deal is now the growth strategy of Europe. The investments supported by the EU recovery package and budget will be fully in line with its objectives to have a climate-neutral economy. In the near term, however, the COVID-19induced economic contraction may depress Europe’s efforts to promote green growth and reduce carbon footprints.

On The Road To Recovery?

Germany, Portugal, and Slovenia are holding the Presidency of the European Council in succession from July 1, 2020, through to December 31, 2021.

A Trio Council Presidency was officially introduced in 2007/2008, after the signing of the Lisbon Treaty, when Germany, Portugal and Slovenia also worked together as the first trio. As early as 1981 Council Presidency countries began forming informal groups of three to ensure the greatest possible continuity. The following is a brief outline of the most important topics in the joint German, Portuguese and Slovenian programme for the period until the end of 2021:

Portugal’s Presidency of the EU from January to June 2021 comes at a crucial time. Under the motto “Together for a stronger, more equitable and more sustainable Europe”, Portugal takes over its fourth Presidency of the Council of the European Union, after those of 1992, 2000 and 2007, in which it concluded important European agreements and helped open Europe to Africa. The priorities of the fourth Portuguese Presidency will be:

With the Environment, Digital Transition, the Social Dimension, Resilience and Global Europe as major themes, the focus of the Portuguese Presidency will be Social Europe and, externally, the EU-India Summit and, as a key topic, the relationship between the EU and Africa.

Europe is facing an unprecedented crisis and EU leaders must address the serious dangers of the economic recession. The COVID-19 pandemic has created a health and economic crisis without modern parallel. The road to recovery is long and winding. To deal with the crisis satisfactorily, the criteria of the recent past hardly apply.

The scale of this unprecedented economic shock, the enormous uncertainty it entails and the persistence of the pandemic stand in the way of a complete and rapid recovery. The European Action Plan for the Social Economy, that the European Commission has announced for 2021, constitutes a unique opportunity to put social economy at the heart of the efforts to restore sustainable growth and social cohesion in Europe.

This is also the time to design reforms that boost productivity growth and policies that help transform the economy, to reap the benefits of digitalization and mitigate climate change. Social systems can be improved and made more robust so that they can deal better with worker dislocation and retraining needs arising from automation and technological change.

The COVID-19 pandemic, lockdown measures, and ensuing economic recession had a disproportionate impact on people living on low incomes or in poverty. The EU eased rules to make funds available to member states to mitigate the effects, but unemployment, food insecurity, and unequal access to distance learning exacerbated existing inequalities.

It will be critical for countries not to withdraw support prematurely, and importantly, to continue to target the measures in a way that helps the most vulnerable.

For these reasons, it has been maintained that economic and monetary union will make it more necessary to strengthen economic and social cohesion policies and in particular will create the need for substantial increases in the EU budgetary resources to be channeled into these policies.

History shows that countries that invest in the recovery, rather than tightening too much too fast, not only enjoy a faster recovery, but are also able to reduce debt faster. A deep recession, for example, will depress Europe’s demand for goods and services from the rest of the world, putting at risk millions of export sector jobs in developing countries that rely heavily on sending their products to the European market. During the global financial crisis in 2009, imports of the 28 EU members fell by 11 %, which depressed exports and growth of many developing countries.

A speedy, resilient and balanced recovery of Europe from the crisis will be critical not only for maintaining European solidarity, but also for ensuring that the continent can quickly resume its pivotal role in global trade, official development assistance, foreign direct investment and remittances, and the world returns to the trajectory of sustainable development.