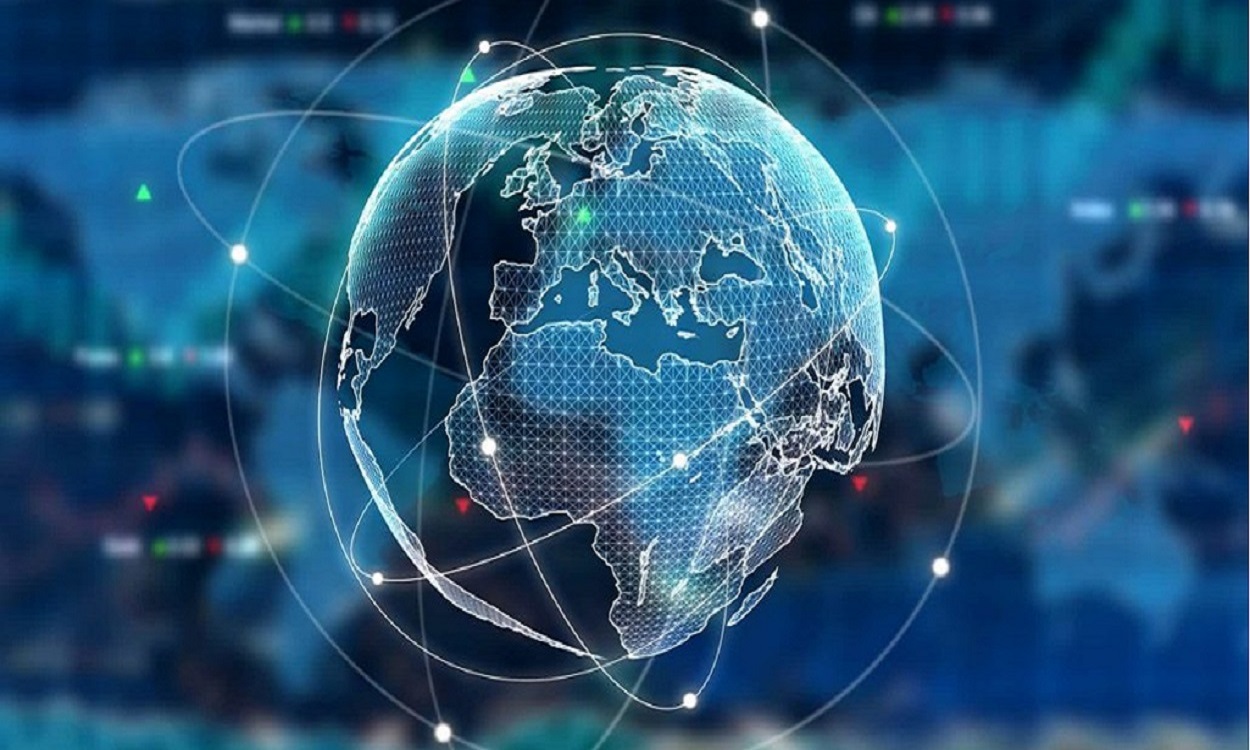 With regard to the defence sector, according to the literature and governmental practises, the Anglo-Saxon expression “procurement”, which can be translated as the process of development and acquisition of military means and equipment, contains in itself two concepts: one more comprehensive and the other more restricted.

The most comprehensive concept, used by the USA, concerns the entire long process of defence acquisition, from the most early phase of the definition/harmonization of operational and technical requirements, to technological research and feasibility studies, as well as to technological–industrial development, demonstration, industrialization/manufacturing, acquisition and entry into service.

The narrowest concept, usually led by the United Kingdom (UK), refers only to the stage of technological–industrial development, demonstration, industrialisation, manufacturing, acquisition and entry into service.

At NATO, naturally under the influence of the USA, the most comprehensive concept has prevailed. In turn, in the EU, since the Maastricht Treaty (1992) and the subsequent creation of the Common Foreign and Security Policy/European Security and Defence Policy (CFSP/ESDP), the British influence on this subject has been evident and therefore the most restrictive concept has prevailed for some quite time.

Thus, in the EU, the consequence of the practical application of the most restrictive concept of procurement in the medium-long term has led to serious synergistic distortions and economic inefficiencies in the European defence sector, in particular as regards insufficient consolidation and excessive fragmentation of the European Defence Technological and Industrial Base (EDTIB), as well as the lack of systematic concatenation between the financial resources spent on technological defence research and the guarantee of its transition to the industrial development phase of the final military product, also known as satisfactorily traversing the so-called “Valley of Death”.

A proven mature and demonstrated defence technology does not overcome the “obstacle” of the “Valley of Death”, usually for reasons of capital investment shortages or poor planning of military capability development and its lack of relationship with the EDITB. Whenever this happens, we are facing a regrettable situation of inefficiency of the procurement system, which results in waste of the scarce financial resources available and, of course, loss of operational readiness and military power.

However, irrespective of the UK influence, with the creation of the European Defence Agency (EDA) in July 2004 with one Directorate of Military Capabilities, one Directorate of Technological Research and another Directorate of Armament and Industry, the concept of “procurement” has been gradually extending towards a more comprehensive concept.

This change in the “procurement” paradigm of defence became significantly evident from 2016 onwards, with the approval of the EU Global Strategy (EUGS) and its implementation in the dimensions of security and defence. On the other hand, aware of the harmful effects of this reality on the real economy, as a whole, in terms of employment, highly skilled labour, industrial skills and exports, and aware of the inexorable Law of Norman Augustine (1984) regarding the urgent need for the use and deepening of European defence cooperation, the European Commission, concomitantly with the EUGS, launched at the end of 2016 a European Defence Action Plan (EDAP), aiming at greater integration of defence, towards a stronger and more self-sufficient European Defence, in relation to the protection of the EU and its citizens, while keeping the bonds with NATO and the Atlantic relationships.

This Action Plan is based on conceptual and regulatory assumptions, as for the new mechanisms and instruments for fostering European defence cooperation and financial incentives for the collaborative development of priority common defence technologies and capabilities, strengthening the EDTIB’s competitiveness and innovation, as well as creating a genuine common European Defence Equipment Market (EDEM).

With the adoption and implementation of these new mechanisms and instruments, technological and industrial defence cooperation has become the norm, through the establishment of European consortia and the facilitation of cross-border cooperation of SMEs embracing, simultaneously and concatenatedly, the technology research phase and the industrial development, production and acquisition phase of the end-user military product.

Towards a New Culture

Portugal was one of the 12 founding Allied countries of NATO and subscribers of the Washington Treaty of April 4th, 1949. In the 1960s, Portugal joined the NATO National Armament Directors Conference (CNAD), as well as its multiple groups and subgroups of armament cooperation (Army, Navy, Air Groups), and the Industrial Advisory Group of NATO (NIAG).

In these almost 71 years of existence of the Alliance, Portugal, in practical terms, did not participate entirely in any cooperative programme for the development and production of military capabilities within NATO.

In view of the above, it can be asserted that, except for very few specific exceptions in the area of technological defence research, usually without connection to the industrialization of the final product, in Portugal there has never been a culture, a long-term policy and a national strategy of systematic demand for participation in European or international cooperative projects, for the development of the necessary military capabilities, defined and budgeted in the various Military Programming Laws, as well as to leverage the strengthening and growth in the value chain of the National Defence Technological and Industrial Base (NDTIB).

Both those responsible for national defence planning and national defence-related industries do not have a tradition of systematic participation in international cooperative projects, from its most initial design phase, for the acquisition of large equipment and weapons systems. This phenomenon might well be due to some kind of “complex” related to the fact that in Portugal there are no defence prime contractors, but only SMEs who, until recently, regarding their scarce capacity for technological innovation, were classified as low second- and third-tier, and therefore encountered great difficulties in internationalization and integration in the prime contractors’ constellations of existing and familiar subcontractors.

Fortunately, this situation is now outdated, since Portugal has a myriad of defence related SMEs (estimated at around 500), internationally recognised for their quality, technical competence and skills and innovation capacity technology in a variety of strategic defence areas (software, computers, digital, robotics, communications, aeronautical & spatial components, E/O & I/R sensor components, textiles). In fact, today national SMEs find themselves much better placed in terms of internationalization, and by this token also in integrating and leading European consortia of defence technology research projects, either in the framework of “Pilot Projects” (2016) or in the framework of the “Preparatory Action on Technological Defence Research” (2017-2020), in anticipation and preparation for the forthcoming European Defence Fund.

Since in the Portuguese industrial make-up about 99% of the companies are SMEs, the prerequisites for the long-awaited change in culture and paradigm of the national defence procurement system have been achieved.

The advantages of participation in European collaborative defence programmes are well demonstrated, including the following:

The main feature of the Defence Market, which differentiates it and gives it specificity in relation to other markets, is that it is a monopsonistic market, that is to say, with only a set of buyers and end-users: the governments.

Due to the lack of a national culture of systematic participation in international cooperative projects for the “procurement” of defence and the lack of genuine long-term national strategic planning, the large equipment and great weapons systems that fed the various national Military Programming Laws, for many years, were acquired based on off-the-shelf offerings and on indirect industrial offsets, through the use of heavy, bureaucratic and time-consuming international pubic competitions, with a view to obtaining indirect industrial offsets, aiming to leverage the NDTIB’s technological and industrial development, rather than through European or international cooperative programmes.

After several years of experience of resorting to industrial indirect offsets in Portugal, usually inflated and technologically and industrially misdirected and with reduced impact on the technology and industrial value-chain of the NDTIB, it was concluded that, except for some very few exceptions such as OGMA with regard to aeronautical maintenance, not only was the ultimate objective of “leveraging growth in the value scale of BTIDN’s technological and industrial development” not achieved, as the costs of the purchased products were increased on average by 20%.

In 2009, the European Commission addressed this thorny issue under Article 346 of the EU Functioning Treaty (EUFT), by issuing a directive with new rules on the “procurement” of security and defence technology, equipment and services, which substantially restricted the abusive recourse to Article 346, as well as the indiscriminatory use of indirect industrial offsets resulting from public procurement contracts in the fields of security and defence.

As early as 24 October 2008, the EDA Steering Committee, in the format of Defence Ministers, approved a voluntary “Code of Conduct” on Industrial Offsets, which entered into force on 1 July, 2009. In the same vein, with these actions in mind and following the “Intergovernmental Review on Defence Procurement” report of 5 May 2011, the EDA Steering Committee, in the format of National Armaments Directors, produced a publication on “Effective Procurement Methods” on 30 September 2011, which calls for the systematic reduction of the use of industrial offsets and encourages defence cooperation as the basis of a healthy and more efficient system of defence procurement.

With the restrictions imposed at the national level by DL 104/2011 on 6 October 2011 for public procurement contracts and, above all, the drastic limitation of systematic recourse to indirect industrial offsets, Portugal has resorted to the defence procurement system through the NATO Supply and Procurement Agency (NSPA), to meet its needs for more immediate capabilities. Thus, there is already a partial paradigm shift of the national defence procurement, in which, for the first time, indirect industrial offsets are no longer the essential element of the entire process of acquiring defence capabilities.

However, a radical shift in the “procurement” paradigm of defence and a new culture of national participation in European cooperative defence projects, from their very beginning stages, should only take place as the new mechanisms and instruments underway in the EU (CDP/2018, CARD, PESCO, EDF) come to fruition through their successful implementation. The success of these mechanisms is therefore the key to change. Therefore, we look forward to the first official reports on the evaluation of the implementation of these mechanisms, which are expected in the course of 2020/2021.

In 2005, the Portuguese Government signed a deal worth €364M to acquire 260 PANDUR II armoured vehicles. Portugal was the first country to buy PANDUR II.

In addition to the above-mentioned mechanisms and instruments, to ensure the desired paradigm shift of the procurement process of national defence, it is also indispensable that two fundamental conditions be met and consolidated:

– On the one hand, national defence planning should incorporate the principles and policies of the new mechanisms and instruments employed in the EU to foster defence cooperation and defence capability development. It should also be aligned with the common priority capabilities defined in the “Capability Development Plan” (CDP/2018), and in more detail in the Strategic Context Cases (SCC), as well as with the technological research priorities identified in the Overarching Strategic Research Agenda (OSRA), and still in complete coherence, transparency, complementarity and nonduplication with the NATO Defence Planning Process (NDPP). Only following this path will it be possible to ensure the indispensable concatenation between the technological research of defence and the technological–industrial development of the final product, surpassing the tormenting “Valley of Death”.

– On the other hand, it is necessary to establish and implement a national mechanism of structured and permanent dialogue between the national defence planners and the various NDTIB agents and actors (SCTN, academia, research institutes and companies).